The "Federation" in its various titles has been serving the interests of historic motorists in South Australia since 1971. 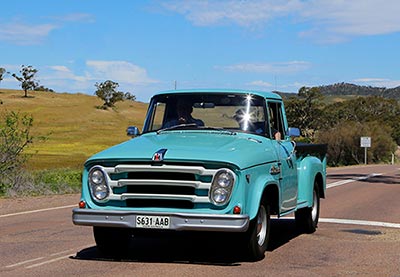 Starting with five foundation members, it now boasts more than a hundred and fifty member clubs from all areas of the State.

Meetings are held every two months, at the Combined Car Club's rooms at Clark Ave Glandore, starting at 7.00 (See Meetings for List of Dates). Only nominated Club Representatives are permitted to vote and put motions at these meeting, but any interested club member who wishes may attend as a visitor and be sure of a warm welcome.

In 1991, the Federation successfully lobbied the government of the day for special registration for historic vehicles and in February 1992, Conditional Registration for Historic Vehicles was introduced. The introduction of the Log Book Scheme in 1998 has played a major role in restoration, preservation of Historic Vehicles in this state, a scheme that was for many years the envy of the other states. The Federation has an ongoing role in the administration of an updated scheme called "Club Registration" and arranges the printing and sale of the logbooks required by owners of historically registered vehicles.

Since 2001, when a tour to Canberra was organised to participate in Australia's Centenary of Federation celebrations, the Federation has organised a series of "Meet the Club Tours" around South Australia with members of clubs utilising their Historic Vehicles exclusively. The first of which went to the West Coast in 2003, meeting and socialising with Federation Member Clubs, along the way. This format continued every two years visiting the South East, Mid North and Riverland. The Federation has re-visited most areas of the state over the past years. At this point no “local” tour is planned until the current obstacles created by COVID-19 are overcome.

The "Federation" in its various titles has been serving the interests of historic motorists in South Australia since 1971. Starting with five foundation members, it now boasts more than a hundred member clubs from all areas of the State.
Read more...